Tak 2: The Staff of Dreams

Tak 2: The Staff of Dreams is a video game for GameCube, Game Boy Advance, PlayStation 2 and Xbox. It is the sequel to Tak and the Power of Juju and it was released in 2004. It was followed by Tak: The Great Juju Challenge. All three games were created by Avalanche Software for THQ.

Following the events of the first game, Tak has now been stuck in a dream for 16 days. Jibolba, and Lok ponder how they can wake him up. In reality, Tak is stuck in the Dream World, and is sent by the Dream Juju to fight the Dream Guardian, take The Staff of Dreams, and save the princess. After Tak refuses, he is told that if he does not do this, he will be stuck in the dream forever. As he fights throught the Dream World, he escapes through a Rift. When going through the rift, Tak wakes up, and Jibolba and Tak go find Jibolba's brother, JB. Lok wants to go, but Jibolba tells Lok to go fetch his magic sandals. Jibolba turns into a Flea for easy hauling, and they set off. When Tak and Jibolba reach a dead end, they summon the Belly Juju to get a raft. Belly Juju uses a barrel that Tak got for him, and throughs Tak in it, and throughs the barrel down river. Lok is once again left behind, and when Belly Juju chokes, Lok has to save him. As Tak and Jibolba go down the fast current, they fall down a huge waterfall, and Tak is knocked out. He wakes up in the Dream World, once again being led by the Dream Juju. Once he makes it to the end, he again enters the real world through a rift. Once in the real world, Tak and Jibolba set off, again. When the reach a bridge, they have to wait for Woodies to pass, but when they do, Lok blows up the bridge, and the Woodies attack. When Tak saves Lok, he summons Mind-Reader Juju. He tells Tak that with three magic stones, he can make Bolas to get across the gap. When Tak does this, he is knocked out by Woodies, again entering the Dream World. 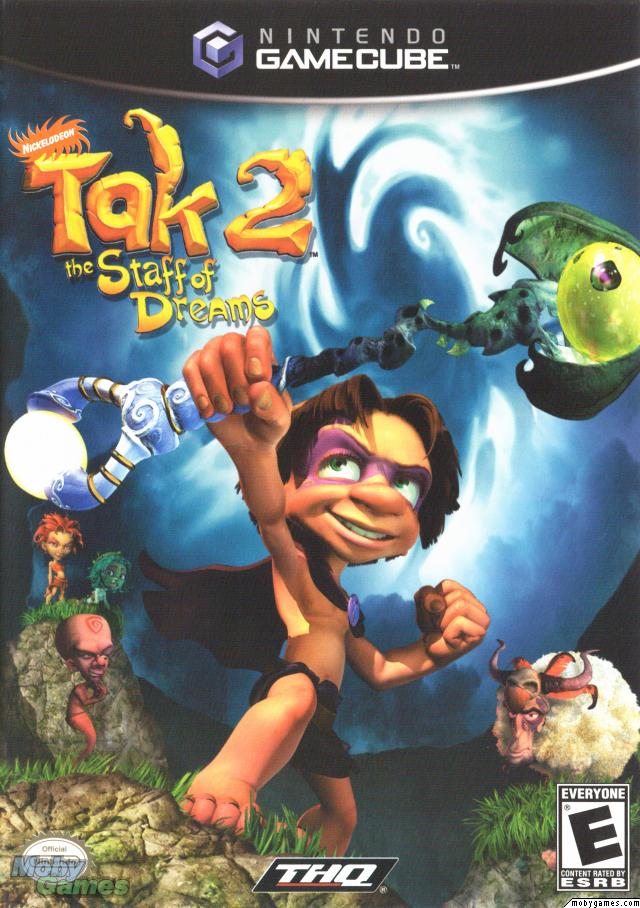