Killer Is Dead is the latest title from the demented mind of celebrated game creator, SUDA51, serving as a spiritual successor to his previous cult favorites, No More Heroes and Killer 7. Stylish cel-shaded visuals set the mood in this gritty, bloody, ultra-violent world where biomechanical augmentations increase the power of criminals and "executioners" alike. Mondo Zappa, a newly recruited executioner, hunts criminals wielding a Japanese sword in his right hand, and the crushing power of biomechanical engineering in his left.

Killer Is Dead takes place in the near future, including such technology as lunar tourism and cybernetic enhancements. The main character is an executioner named Mondo Zappa who receives jobs from the Bryan Execution Firm. This firm, run by a cyborg named Bryan Roses, tasks Mondo with killing dangerous criminals and assassins from around the world. Mondo wields a sword with his right hand but his cybernetic left arm can be converted into many different weapons, including guns, drills, and other objects. Although Mondo travels the world as part of the game, Suda calls it a "personal story" of "a man who doesn't show himself much in the public world but still worms his way into society and mercilessly eliminates the evil dispersed in it". "Love and execution" and "how far can you protect someone" are also central themes of the story. 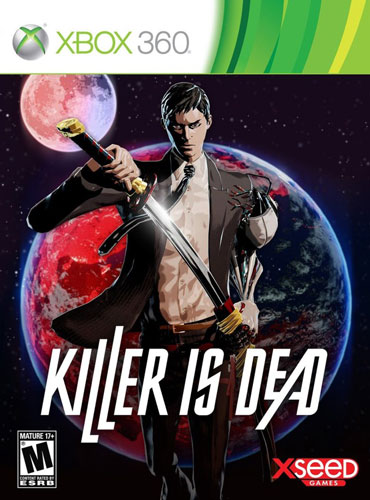