Victorious: Taking the Lead, based on the hit Nickelodeon television series, is an action game where fans can be Tori or Jade who wants to be the star in the next Hollywood Arts production and get to kiss Beck. To order to win the player has to play dozens of rhythm and dance mini-games featuring hit Victorious songs along the other cast members of the show.

There are some differences between the Wii and the DS release: 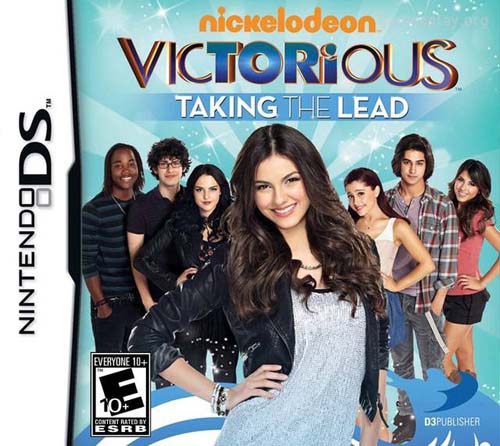