Victorious: Taking the Lead fulfills every Victorious fans’ dream, allowing them to play as Tori Vega in a series of hilarious Hollywood Arts adventures based on the hit show.

Win the lead role in a Hollywood Arts production by playing alongside favorite cast members in a variety of exciting rhythm and dance mini-games featuring songs from the Victorious soundtrack. But watch out, Jade is after the same role!

– You are Tori Vega! Play as Tori in adventures featuring favorite characters from the show.– Go inside Hollywood Arts! Go beyond the show and explore the ins and outs of the elite Hollywood Arts high school. Visit Sikowitz’s Improv Classroom, The Black Box Theater, Maestros, and More– Victorious-style Performances! Jump into dozens of rhythm and dance-based games featuring Victorious songs, including the hit “Take a Hint.” 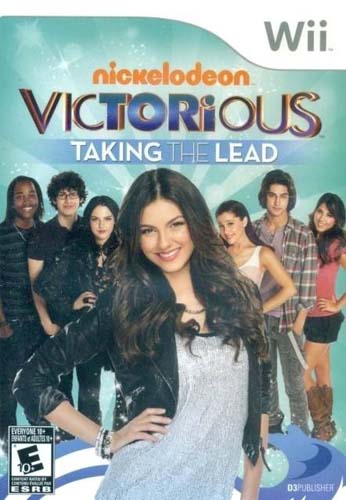