In A Land Where Illusions Rule, Only The Avatar Sees The Truth.

Ultima The Black Gate is the first chapter of Book Three in the epic Ultima Saga. You become the Avatar, a traveler known for helping the citizens of Britannia in times of need. Your return to the fabled land of magic is shrouded in a bizarre mystery - It seems the fair people of the land have been disappearing without a trace. The once friendly populace have now become withdrawn and suspicious of all outsiders.

What powerful sorcery or malevolent machinations are behind this corruption of the land you champion? It's been 200 years since you, the Avatar, last walked among the Britannians, and so much has changed. Can you solve the unsettling mystery that has befallen your countrymen before its manifestation is complete? 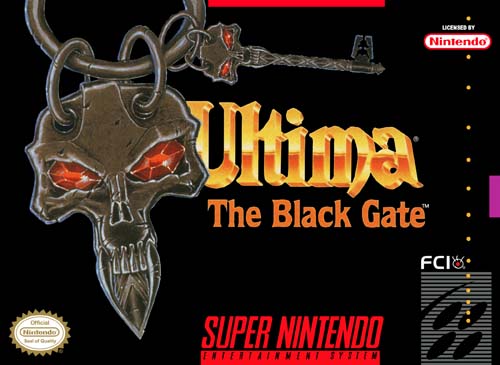