The Avatar sees a strange message on his computer screen. An unknown being who calls himself the Guardian claims that Britannia has entered a true age of enlightenment, and soon everyone, including the Avatar himself, shall bow before the new lord. At this moment, a moongate materializes, and the Avatar steps through it into Britannia. He emerges in the city of Trinsic, where his old friend Iolo tells him that two hundred years have passed since his last visit. A horrible ritualistic murder has just occurred - the body of the local blacksmith was found in the stables. The Avatar learns that a new organization known as the Fellowship has been recruiting more and more followers recently. The champion of Britannia must solve the murder and find out about the Fellowship's true purpose, while still pursued by the ominous warnings of the mysterious Guardian.

Ultima VII: The Black Gate features revamped graphics and controls. The traditional Ultima top-down view of the world now fills the entire screen, with other informational windows overlaid on top of it only when necessary. Both world interaction and dialogue are fully mouse-controlled. Objects can be physically interacted with by dragging them with the mouse. Objects can also be stacked upon each other, and some puzzles are based on this feature. Equipment screen utilizes a "paper doll" concept: equipped items are graphically displayed on the character. It is also possible to physically manipulate inventory items, arranging them within bags and other containers.

The tactical combat system of previous Ultima games has been replaced with a real-time system where only general strategies can be set and party members fight automatically, the player taking control of the Avatar alone. Combat pauses when the player accesses the inventory. Leveling up system is similar to the previous games, the Avatar's parameters increasing automatically once a sufficient amount of experience points has been accumulated. The Avatar and his companions must regularly eat in order to stay alive.

The game's world is vast, populated by many non-playable characters with their own schedules. There are more extensive dialogue trees and individual conversation topics compared to the series' previous installments. As in the earlier Ultima games, the player is free to explore Britannia from the beginning of the game; certain tasks must be accomplished in a specific order to conclude the story. 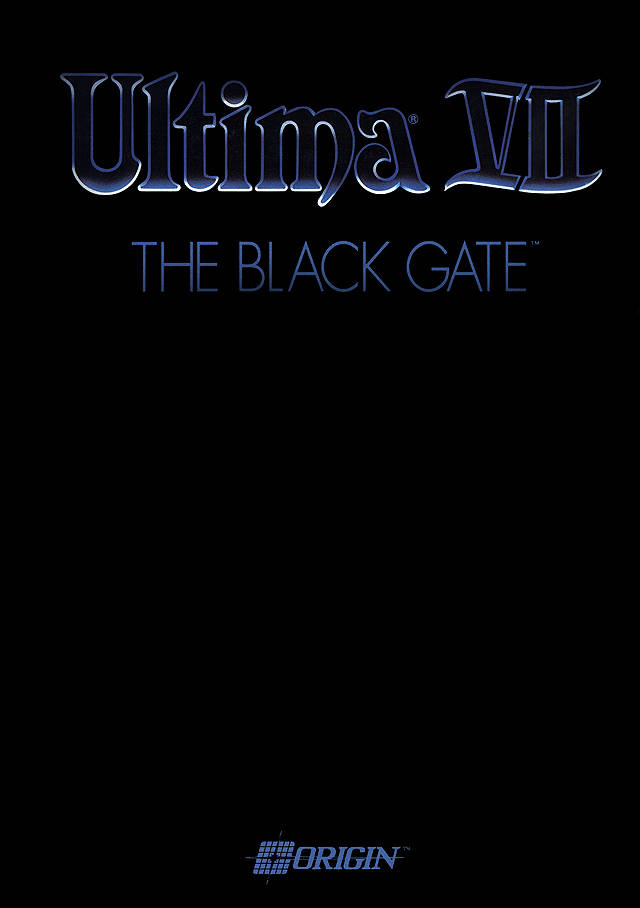