Queen Brahne of Alexandria has begun using highly-advanced magical weapons to terrorize neighbouring kingdoms. Her daughter, Princess Garnet, runs away from the castle and befriends a group of good-hearted bandits lead by a skilled thief, Zidane, who intends to end the evil queen's desire to dominate the world. Soon after embarking on their quest, they discover the queen's threats merely cover a far more sinister plot. For the sake of mankind, Zidane and his friends must put an end to the Queen's reign before she and the evil forces that accompany her carry out the deadly plan.

At last, the hugely popular FINAL FANTASY IX arrives on the PlayStation 4 system with additional features: ● Newly added Trophies! ● Seven game boosters including high speed and no encounter modes. ● With autosave feature, the game is easy to pick up and play no matter where you go. ● High-definition movies, graphics and character models. ● Learn new abilities by equipping items. When fully mastered,these abilities can be used even without equipping items,allowing for nearly endless customization options. ● Fill your Trance gauge as you sustain hits in battle. When fully charged, your characters will enter Trance mode, granting them powerful new skills! ● Never let items go to waste. Combine two items or pieces of equipment together and make better, stronger items! ● Whether it's Chocobo Hot and Cold, Jump Rope, or Tetra Master, there are plenty of minigames to enjoy when you're not off saving the world. You can even earn special item rewards! 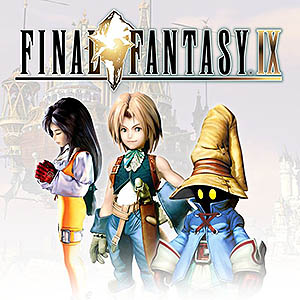