Super Meat Boy is a platform game in which players control a small, dark red, cube-shaped character named Meat Boy, who must save his girlfriend Bandage Girl from Dr. Fetus. The game is divided into chapters, which together contain over 300 levels. Players attempt to reach the end of each level, represented by Bandage Girl, while avoiding crumbling blocks, saw blades, and various other fatal obstacles. The player can jump and run on platforms, and can jump off or slide down walls. The core gameplay requires fine control and split-second timing, and has been compared to traditional platform games such as Super Mario Bros. and Ghosts'n Goblins. 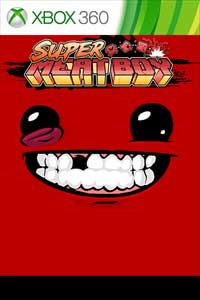