Battlefield: Bad Company 2 is a first-person shooter video game developed by the Swedish firm EA Digital Illusions CE and published by Electronic Arts for Microsoft Windows, PlayStation 3, Xbox 360 and iOS systems. It is a part of the Battlefield series and was released worldwide in March 2010.

The game is primarily a squad-level online first person shooter based in a contemporary modern warfare setting. Additionally, the game includes a single player campaign, where the player reassumes the role of Preston Marlowe, the protagonist of the original game. The game's Frostbite 1.5 engine allows for destructible environments, and multiplayer maps contain a wide selection of vehicles, aircraft and emplacements and allow for five different game modes.

The game was announced in February 2009 and free game demos were made available prior to the game's launch. It was met with a positive reception from game critics, garnering a weighted mean of 88% from aggregator Metacritic for all three ports. It has also become a commercial success, having sold in excess of five million units since its initial release. Seven VIP map packs as well as a downloadable game mode have been released thus far, and an expansion pack centered around the Vietnam War which was released on December 21, 2010. EA released an iOS port of the game on December 16, 2010. 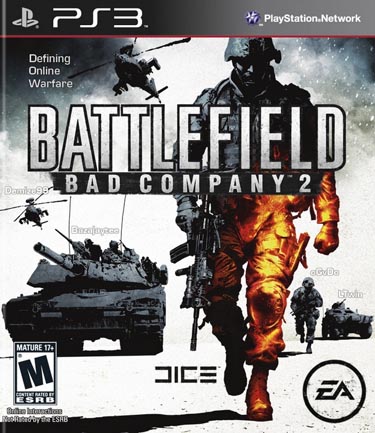