You think you want to be King? Get real. You're starting life as Simba, the cub. To survive and grow into a powerful adult lion, you must perfect your savage pounce, reckless roar and master fighting with all four paws. If you survive the challenge, you'll grow into a strong, ferocious adult lion. So prepare to scrap with hyenas. Blast through an elephant graveyard. Battle an in-your-face stampede of trampling wildebeests. And you'd better quit hanging with slackers like Timon and Pumbaa, unless you want to be scarfing bugs the rest of your life! Are you sure you want to be King? Then it's time to cut loose in the deadliest one-on-one brawl ever. Defeat your evil Uncle Scar. Recapture the Pridelands. And reclaim your rightful place in the Circle of Life!

The Lion King, based on the famous Disney movie, is a platform game where you control Simba - initially as a young cub, and later as an adult lion. The plot of the game follows the plot of the movie. Each of the levels represents a part of the movie.

As young Simba, you can fight various beasts, such as lizards, by jumping on them. You can also roar to scare some creatures into submission, though every time you roar, you have to wait for your "roar meter" to charge.

As an adult lion, you can still roar and jump, but now you fight enemies by slashing at them with your claws (if you're skillful enough, you can also grab them and toss them off the screen).

The game features no in-game save function, and it needs to be replayed from the beginning every time. 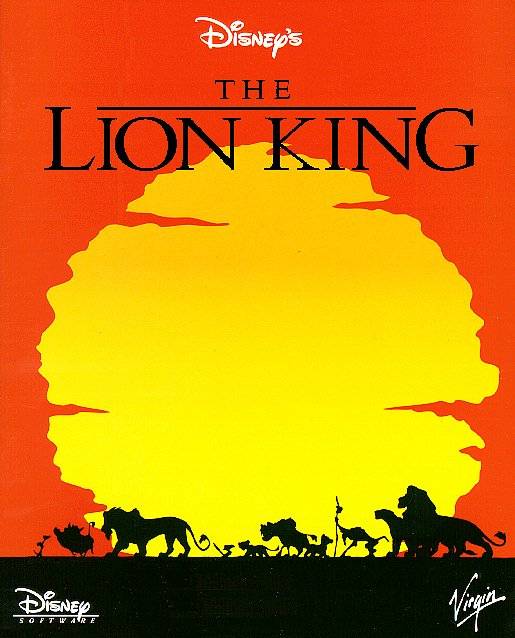