Earth, water, fire, and wind... These are the four crystals that bring peace and prosperity to the world, but they have lost their power and are now on verge of destruction.

It all started with a strange change in the wind...

Sensing something ominous astir, the young traveler Bartz astride his chocobo, Princess Lenna of Castle Tycoon, the mysterious Galuf, an old man with a bad case of amnesia, and the pirate captain Faris soon find that fate has brought the former strangers together.

With spirits fired by strong will and purpose, the four heroes set out on an epic adventure.

• Customize characters with an unprecedented degree of freedom with the job and ability system – 26 unique job classes! • Veteran character designer Kazuko Shibuya has returned to recreate the characters and graphics for a completely enhanced mobile experience! • Touch-screen controls and active-time battle system are optimized for fluid combat on mobile devices • This new version also includes “The Sealed Temple” from the 2006 release, as well as the Tetsuya Nomura-designed optional boss Enuo, and an extraordinary soundtrack • Plenty of achievements to be earned. 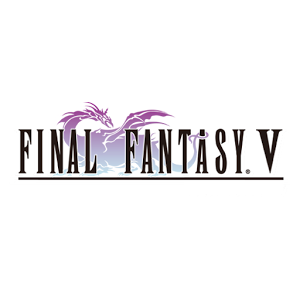