Final Fantasy V is a medieval-fantasy role-playing video game developed and published by Square (now Square Enix) in 1992 as a part of the Final Fantasy series. The game first appeared only in Japan on Nintendo's Super Famicom (known internationally as the Super Nintendo Entertainment System). It has been ported with minor differences to Sony's PlayStation and Nintendo's Game Boy Advance. An original video animation produced in 1994 called Final Fantasy: Legend of the Crystals serves as a sequel to the events depicted in the game. It was released for the PlayStation Network on April 6, 2011.

The game begins as a wanderer named Bartz investigates a fallen meteor. There, he encounters several characters, one of whom reveals the danger facing the four Crystals that control the world's elements. These Crystals act as a seal on Exdeath, an evil sorcerer. Bartz and his party must keep the Crystals from being exploited by Exdeath's influence and prevent his resurgence.

Final Fantasy V has been praised for the freedom of customization that the player has over the characters, achieved through the greatly expanded Job System. Despite the lack of an early release in territories other than Japan, the Super Famicom version sold more than two million copies. The PlayStation version has earned "Greatest Hits" status, selling more than 350,000 copies. 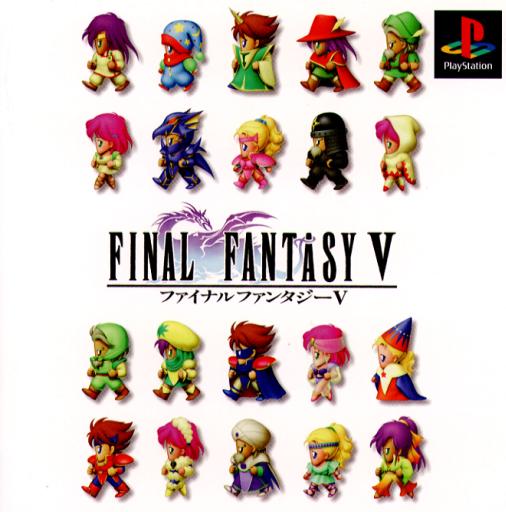