Minecraft - Pocket Edition was released for the Xperia PLAY. It was then opened up to the rest of the Android Market on October 8, 2011. The current version of the software concentrates on the creative building and the primitive survival aspect of the game. The Pocket Edition currently does not contain all the features of the PC and Xbox 360 releases. The current release allows for multiplayer across a local wireless network. 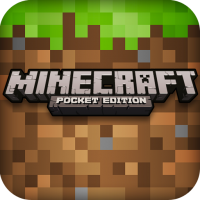