Minecraft is a sandbox building indie video game written in Java originally by Swedish creator Markus "Notch" Persson and now by his company, Mojang, formed from the proceeds of the game. It was released on May 17, 2009, with a Beta on December 20, 2010. Official releases for iOS and Android are currently in development to be released later in 2011 along with a full version of the game. In addition, Mojang has announced that the mobile version of the game with have an exclusive early release on the Xperia Play.

The game is focused on creativity and building, allowing players to build constructions out of textured cubes in a 3D world. The game has two variants – free Classic and paid Beta – where Classic is focused entirely on construction with unlimited material supply, while Beta requires players to acquire resources themselves, and contains mobs, player health, and additional features and items. The gameplay is heavily inspired by Infiniminer by Zachtronics Industries, Dwarf Fortress by Bay 12 Games and Dungeon Keeper by Bullfrog Productions.

The game is currently in development and Beta is the only continuously updated version of the game. Minecraft was developed for about a week before its public release on May 17, 2009, on the TIGSource forums, where it gained a considerable level of popularity. It has been continually updated and patched since then, and while it was still in alpha release, it garnered several hundred thousand sales and received critical notice and acclaim from many reviewers. It passed a million units sold on January 12, 2011, less than a month after reaching Beta. By June 13, 2011, the game had sold 2.5 million units. 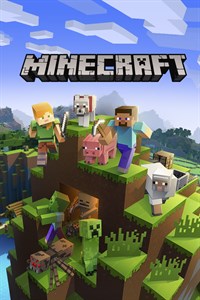