The game was developed by Matrix Software, the same team responsible for the Final Fantasy III remake, and was supervised by members of the original development team: Takashi Tokita served as executive producer and director, Tomoya Asano as producer and Hiroyuki Ito as battle designer. Animator Yoshinori Kanada storyboarded the new cut scenes.

Final Fantasy IV was well-received by critics and fans alike; it was praised for being sufficiently faithful to the original while expanding on many gameplay and story elements.

Final Fantasy IV retains the original Active Time Battle System from the initial Super Nintendo release. Similar to the previous remake of Final Fantasy III on the Nintendo DS, the control of stylus is limited and optional in order to retain the same control input while allowing other players to use the Nintendo DS's unique touch control scheme. However, the remake features a new ability system known as the Augment System.

The original storyline of Final Fantasy IV is retained, and some of the previously missing script has been worked into the DS version in the form of flashbacks, including both Golbez becoming Zemus's pawn and the childhoods of Cecil, Kain, and Rosa. There are also brand new scenes. 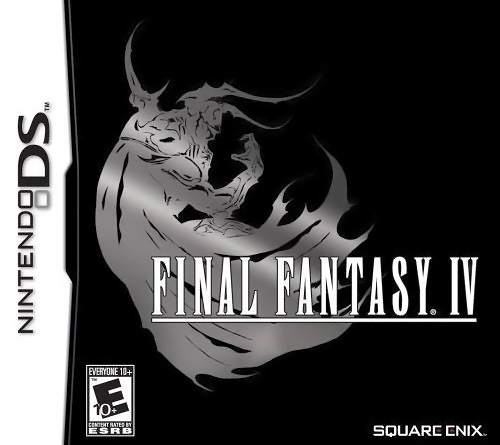